Indian cooking uses unique cooking techniques and special ingredients. Despite its reputation as a "hot" cuisine, flavors range from mild to very hot.

Indian cuisine consists of thousands of regional cuisines which date back thousands of years. The dishes of India are characterized by the extensive use of various Indian spices, herbs, vegetables and fruit. Indian cuisine is also known for the widespread practice of vegetarianism in Indian society. Each family of Indian cuisine includes a wide assortment of dishes and cooking techniques. Indian cuisine also varies from region to region, reflecting the varied demographics of the ethnically-diverse subcontinent.

Hindu beliefs and culture have played an influential role in the evolution of Indian cuisine. However, cuisine across India also evolved as a result of the subcontinent's large-scale cultural interactions with Mongols and Britain making it a unique blend of some various cuisines. The spice trade between India and Europe is often cited as the main catalyst for Europe's Age of Discovery. Indian cuisine has influenced cuisines across the world, especially those from Southeast Asia and the Caribbean. 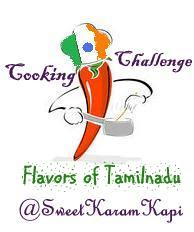 There are more states and more cuisines apart the above mentioned. But above are the ones known to me.

Several customs are associated with food consumption. Traditionally, meals were eaten while seated either on the floor or on very low stools or cushions. Food is most often eaten without cutlery, instead using the right hand. Traditional serving styles vary from region to region in India.
In South India, cleaned banana leaves, which can be disposed of after the meal, are used traditionally. When hot food is served on banana leaves, the leaves add aroma and taste to the food. Leaf plates are still utilized on auspicious and festive occasions but are less common today.
Traditional ways of dining are being influenced by eating styles from other parts of the world. Among the middle class throughout India, spoons and forks are commonplace.

South Indian cuisine is rice based. Rice is combined with lentils to make wonderful dosas, idlis, vadas and uttapams. These items are delicious besides being nourishing and digestible (due to the fermenting process). They are combined with sambar (dal), rasam (tamarind dal), dry and curried vegetable and pachadi (yogurt). Their rice preparations are also masterpieces like the biryani from Hyderabad, lemon rice and rice seasoned with coconut peanuts, tamarind, chilies, curry leaves, urad dal and fenugreek seeds. South Indian chutneys are made of tamarind, coconut, peanuts, dal, fenugreek seeds, and cilantro. Meals are followed by coffee. South Indian dals and curries are more soupy than North Indian dals and curries. South Indian cuisine is also hotter.

Hot Madras Coffee or Fragrant tea is served with the meal and also with dessert.

I am starting this new event, Cooking Challenge Series, and to start with The Flavors of Tamilnadu.
Chettinad cuisine hails from the deep southern region of Tamil Nadu. Chettinad cuisine is far from the cuisine of traditional Tamilian Brahmins—it is one of the spiciest, oiliest and most aromatic in India. And other types are Nanjil cuisine, Nellai cuisine, Kongu cuisine, Pandi Cuisine or Iyengar cuisine are some to be mentioned.
So, lets cook from the flavors of Tamilnadu. It could be the usual sambar, satha-amudhu, or yenna kathirikai. Anything that belongs to the Tamilnadu cuisine.

Rules and regulations for the event:

* Use the linky tool to link your entries. Archived entries (linked and re-posted) are allowed, although fresh entries are highly appreciated. Linky tool is live till Jan 31st.

* Please note that archived entries must be re-posted, all entries (fresh and archived) require you to link to this event announcement.

* All dishes are to be vegetarian only. Usage of logo is mandatory as it helps to spread the word.

* In case you cannot link your entries, you can mail them to mysweetkaramkapi@gmail.com and also non- bloggers can mail to the same.

* Name
* Blog Name
* Post Name
* Post URL
* Include image of a smaller size (300px approx)
* Your Cuisine (mention which one you are choosing in Tamilnadu cuisine)
* Do mention CC - Flavors of Tamilnadu in the subject line.

*  Please do not forget to leave a comment here, so I would know that you have participated and I would love to visit you to thank you for participating.

* The top 3 posts will be displayed with the maximum number of views. Happy cooking!

I hope you enjoy cooking for this event. Ready? Get, set, start...


Cooked by Vidhya Subramony at 10:57 AM Labels: Cooking Challenge

All time is a good time